Senaat General Holding Corporation, an Abu Dhabi government owned industrial group, recently announced that its revenues for the first half of 2015 are Dh6.8b – a 2.5% increase from the same time period in 2014. Senaat is a top contributor to Abu Dhabi’s Economic Vision 2030, which strives to diversify economic sectors in the emirate and reduce reliance on hydrocarbon exports as a major source of income. It manages more than Dh26.8 billion of industrial assets and employs more than 19,500 people. 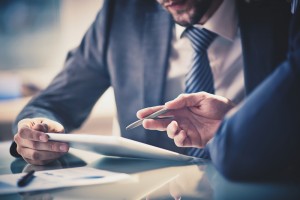 This is a 20% rise in net profit for the first half of this year. Senaat General Holding Corporation reached Dh453 million in the first half of 2015 and earnings before interest, tax, and depreciation surpassed Dh1 billion, up 18% from the same period in 2014. The company’s chairman, Hussain Jasim Al Nowait stated that the group as a variety of investment plans and strategic projects in the works which will further the diversification of Abu Dhabi’s industrial base. These plans will also increase the contribution of the non-oil industrial sector in the emirate’s gross domestic product.

“Senaat will continue to seed its own investments through using its own profits and through a prudent approach to debt which is supported by the confidence of financial institutions in the company’s ability to fulfil its future obligations,” said Hussain Jasim Al Nowait.

He continued, “All success factors are available for Senaat to continue to grow and perform well. It has the financial strength, qualified and competent Emirati management team and a clear investment vision. I am confident that Senaat will continue to successfully deliver on the government’s vision and contribute to its diversification efforts.”